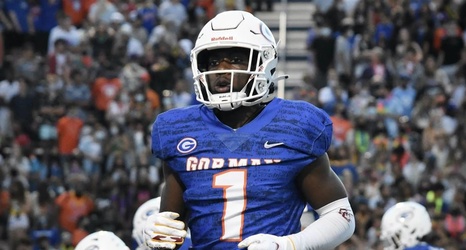 While the Buckeyes were locked in on their eventual dismantling of Indiana in Bloomington, the program received positive news on the recruiting trail regarding two 2023 prospects who already have Ohio State offers. Plus, an in-state underclassman has his eyes on Columbus in the coming months.

After officially jumping into the mix for 2023 four-star wide receiver Zachariah Branch of Bishop Gorman (NV) back in June when the Buckeyes offered, the program is now well-positioned in the race for the 5-foot-9, 172-pounder.

On Friday, Branch revealed his group of top schools that featured 12 programs the Nevada standout is favoring at this point in his recruitment.