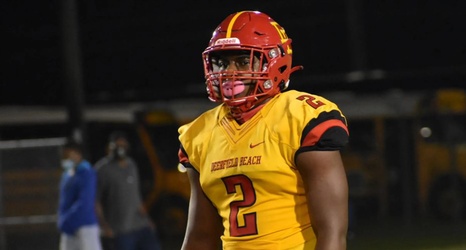 Just one day after the Buckeyes had their way with Big Ten Conference mate Maryland inside of Ohio Stadium, head coach Ryan Day decided to keep up the activity on the recruiting trail by sending out a new offer on the gridiron. Coincidentally, Chris Holtmann on the basketball side of things followed up with an offer of his own on Sunday night.

Coming into the day, the Buckeyes were already in on seven other linebacker prospects in the 2023 recruiting class. But on Sunday, that changed when four-star linebacker Jayvant Brown of Deerfield Beach (FL) became the latest recipient of an offer from Ohio State after making a stop to Columbus to take in this weekend’s contest against the Terrapins.