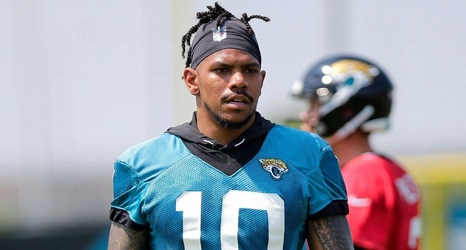 Former Ohio State quarterback Terrelle Pryor was arraigned Wednesday on a charge of misdemeanor simple assault after being stabbed during a dispute in Pittsburgh early Saturday morning.

Pryor was taken to the hospital just after 4:30 a.m. Saturday following a dispute involving what police described as "mutual combatants" in an apartment on the city's North Side, and Allegheny County prosecutors charged Shalaya Briston of Munhall with felony attempted homicide and aggravated assault, with Pryor facing the misdemeanor charge. Briston was denied bail Wednesday and is being held at the Allegheny County jail.

Pryor's attorney, Stephen Colafella, told Pittsburgh ABC affiliate WTAE-TV that Pryor went home from the hospital after his arraignment Wednesday but later decided to return because he was not feeling well.