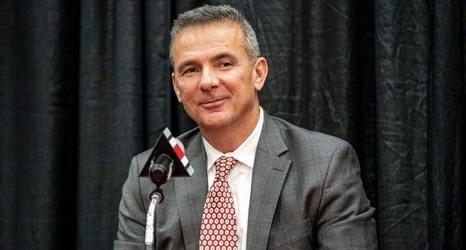 Urban Meyer is headed back to television.

Fox announced Monday that it has hired the former Ohio State coach as one of the analysts for its retooled college football pregame show.

Meyer, who won national championships at Florida and Ohio State, retired last season after eight years in charge of the Buckeyes. He worked for ESPN as an analyst in 2010 after leaving Florida and before going to Ohio State.

During the Rose Bowl, Meyer said he enjoyed being a television analyst and did not rule out a return to broadcasting. He is also an assistant athletic director at Ohio State and teaches a class in the university's business school.