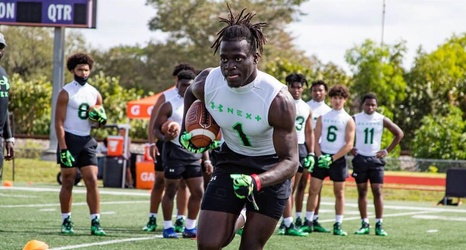 It was a good weekend for one specific coach on the Buckeyes football coaching staff, as running backs coach Tony Alford has the Buckeyes firmly in the mix for a pair of running backs — one of which could be coming off the board sooner rather than later.

It has been no secret for Ohio State at the tailback position that the top guy is none other than 2023 five-star running back Richard Young of Lehigh Senior (FL). The Buckeyes have targeted the 5-foot-11, 200-pounder for quite some time, as the program offered Young back in December of 2020 and have had him on campus numerous times already.