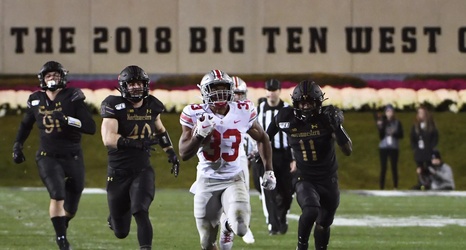 Ohio State’s 52-3 victory over Northwestern last Friday night left quite an impression on the college football landscape, as evidenced by the team’s latest movement in the polls despite no faltering from Clemson this past weekend.

While Buckeye and Wildcat fans alike expected Northwestern’s haphazard offense to struggle against Ohio State’s thoroughly stout defense, few — if any — expected Northwestern’s defense to concede over 50 points to Ohio State’s offense. Though they had yet to face a passing attack with the Buckeyes’ potency, the Wildcats quietly had one of the top aerial defenses in the nation through six weeks despite relatively low sack and interception totals.