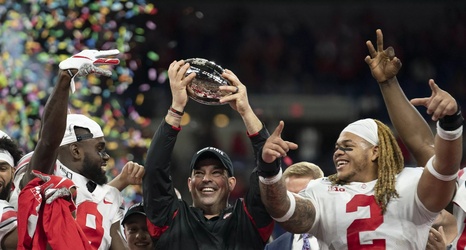 After the No. 1 Ohio State Buckeyes beat the No. 8 Wisconsin Badgers in the Big Ten Championship Game by a score of 34-21, the question wasn’t whether Ohio State would be in the College Football Playoff, but rather what their seed in the playoff would be.

Fortunately, Buckeye players, coaches, and fans don’t have long to wait to figure out where and who they are going to be playing in the CFP semifinals on Dec. 28.

The final College Football Playoff rankings will be released on ESPN today at 12 noon ET.