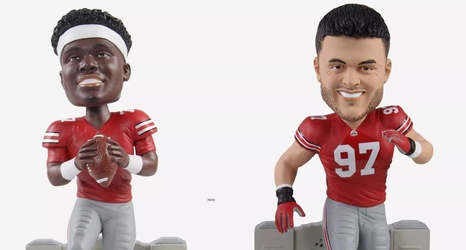 Though their times in Columbus were relatively limited — for different reasons — both Dwayne Haskins and Nick Bosa made incredible impacts on the Ohio State Buckeyes football program before heading off to the NFL. Now, you can commemorate their OSU careers with new bobbleheads from FOCO. The company’s new The Gates Series shows some of the NFL’s biggest stars in their college uniforms, and they are great.

Speaking as someone who has a FOCO bobblehead or two, they are high quality, and worth the $40 price tag.