Could we see a Ohio State vs Florida CFP semi-final matchup? 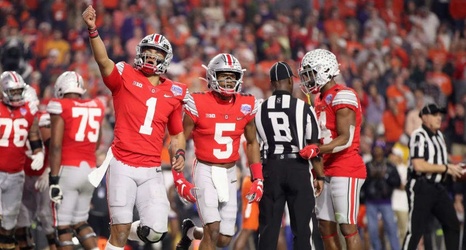 After a weekend of upsets, there are now only 4 Saturdays until the Buckeyes take on Nebraska. The AP Top 25 rankings this week include Clemson, Alabama, Florida, Georgia, Notre Dame, and Ohio State. With Oklahoma and the defending national champs, LSU, losing this weekend, who will take their spots as potential College Football Playoff candidates?