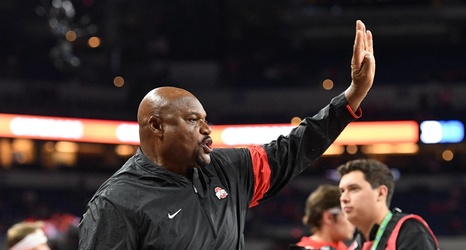 Back in January of 2014, former Ohio State Head Coach Urban Meyer made a monumental hire along the defensive line for his coaching staff. That was when he poached the previous longtime Penn State staffer Larry Johnson from the Big Ten rival program. Meyer brought him to Columbus with the intention of making the defensive trenches a strength for years to come, and make no mistake — that is exactly what has happened.

Johnson has been tremendous at developing the players that he’s had the opportunity to coach and his resume speaks for itself. But also, what he has accomplished on the recruiting trail for the program is invaluable.