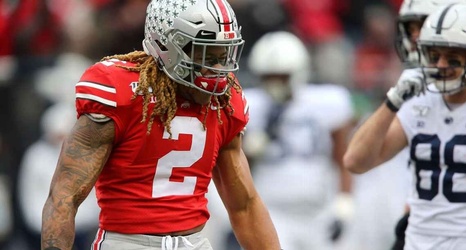 COLUMBUS, Ohio -- In his first game back from suspension, Ohio State defensive end Chase Young broke the school's single-season sack record with two half sacks to give him a total of 14.5 sacks.

Young passed Vernon Gholston, who had 14 sacks in the 2007 season, and had 13.5 sacks through the first eight games of the season.

The second-ranked Buckeyes beat No. 8 Penn State 28-17 to remain undefeated.