Capital One Fan Vote: Who should be the No. 1 seed in the College Football Playoff? 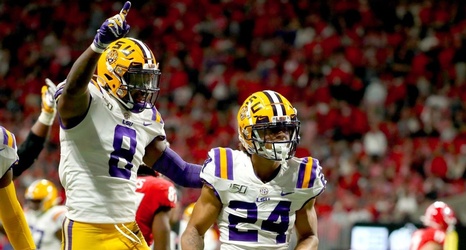 Now that the season is over, all that's left is to wait for the College Football Playoff rankings. And while the four teams (Ohio State, LSU, Clemson, Oklahoma) seem clear-cut, the rankings are still up for grabs.

Can No. 2 LSU overtake No. 1 Ohio State on the strength of its dominant win over Georgia in the SEC title game? Or did the Buckeyes second-half performance against Wisconsin solidify themselves as the nation's top team?

So which of these teams most deserves the No. 1 seed? Let us know in the Capital One Fan Vote.

Who should be the No.