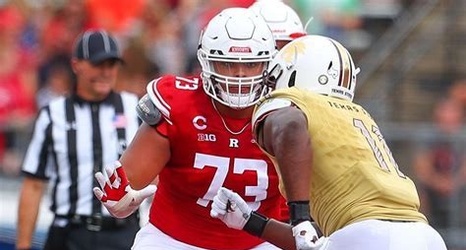 The Ohio State Buckeyes are taking a trip to Piscataway without their star player, Chase Young, who will be sitting out for a second game after the NCAA determined that missing those along with paying off the loan would be sufficient enough punishment and that matter is now officially resolved.

Looking ahead, the Buckeyes will travel to New Jersey and they will face a struggling team before Young officially returns for a pair of rivalry games, with Penn State at home and afterwards, it will be rivalry week with a contest against their most bitter rival at Ann Arbor against The Team Up North, but lets focus on the task at hand against the Scarlet Knights.

See full article at Men of the Scarlet and Gray