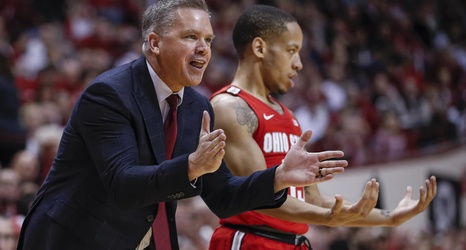 With three seasons remaining on his original eight-year contract that he signed in the summer of 2017, Ohio State announced a three-year contract extension with men’s basketball head coach Chris Holtmann today. The agreement is pending the final Board of Trustees approval.

Holtmann, 50, was hired in 2017 after longtime head coach Thad Matta resigned. After going 70-31 in three seasons at Butler including three NCAA Tournament appearances, Holtmann has amassed a record of 107-56 (.656) during his five seasons in Columbus. His Buckeye teams have made the NCAA Tournament every season save for the COVID-19-cancelled season, and have finished in the top-five in the Big Ten in three of his five years.