Bowl projections and analysis: Who moves up with Iowa Hawkeyes going down? 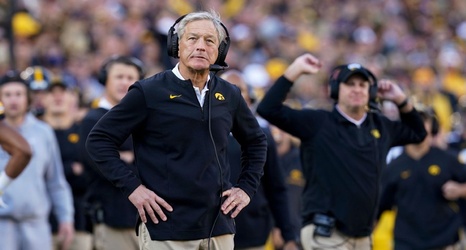 Week 7 didn't see the number of upsets we've come to expect this season, but it did have one biggie -- unranked Purdue knocking off No. 2 Iowa. Plus six ranked teams went down to defeat, so there was plenty of room for shuffling the bowl picture.

In addition to predicting the matchups for every bowl game, Mark Schlabach and Kyle Bonagura provide analysis on their playoff picks, most intriguing bowl matchup, fast-rising teams that could make a New Year's Six push and teams that helped or hurt their cause the most.