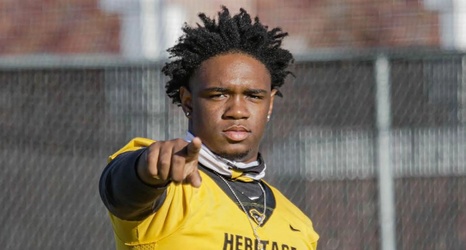 Ohio State’s 2023 class is off to a good start, but it was lacking a prospect at one of the offensive skill positions to get the ball rolling on that front. That all changed on Tuesday afternoon, as the Buckeyes added an elite running back to the fold.

Four-star running back Mark Fletcher has committed to Ohio State, he announced live on CBS Sports HQ. The 6-foot-1, 225-pound prospect comes in as the No. 8 RB and the No. 153 player in the class overall.

Fletcher was a name that not many Ohio State recruiting fans were likely keyed in on until a few weeks ago.