2022 NBA Draft: Experts have zero Buckeyes being drafted, but who will return? 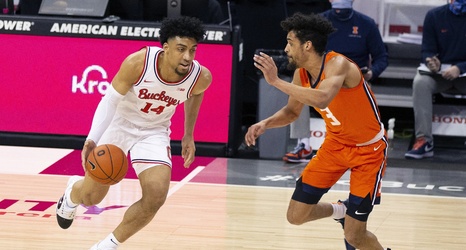 While the Ohio State men’s basketball program has been fairly consistent over the past few years, — not fantastic, but consistent — they have not turned out a ton of NBA draftees. Keita Bates-Diop was the most recent, going to the Minnesota Timberwolves with the 48th pick in 2018. D’Angelo Russell was the most recent before him, when he was selected with the second overall pick in the 2015 NBA Draft by the Lakers. However, he played for Thad Matta, not Chris Holtmann.

Each of the past two seasons, Ohio State had a fringe draft-eligible player who wound up going undrafted.