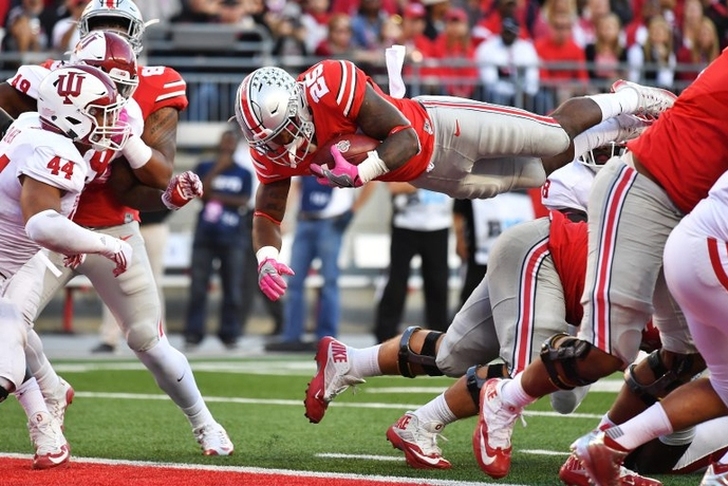 The No. 2 Ohio State Buckeyes are on the road against a Big Ten team to open the college football season, visiting the unranked Indiana Hoosiers Thursday Night. The Buckeyes are heavily favored and one of the top College Football Playoff threats. But can the Hoosiers and new head coach Tom Allen pull the stunning upset? Here's our preview and prediction.

Ohio State:
The Buckeyes have a new offensive coordinator in Kevin Wilson, who was forced out by Indiana amid claims of player mistreatment. But there's no doubt Wilson is a talented offensive mind. With Curtis Samuel off to the NFL, the Buckeyes are hoping Wilson can help improve the offense and QB J.T. Barrett. He's regressed as a passer since his first year with OSU, but the hope is Wilson can get more out of him. How Wilson uses Barrett and the other skill player on the OSU offense will be one of the main things to watch.

Key To The Game:
As the Gregg Doyle of Indy Star opines, this is one of the biggest games in Indiana football history. It's a top-two team coming to town to open the season in a game that will be nationally televised on ESPN. Heck, College Gameday is making it's first ever stop at Indiana. It's a big deal for the Hoosiers, but how will it affect them on the field? Does the support from a sell-out crowd help Indiana get off to a fast start?

Ohio State has normally played weaker teams in the first game of the season and we've seen OSU start a bit slow, only to blow out opposing teams. For Indiana to have any chance in this game, they need to hang around early and maybe even take a lead. That means capitalizing on whatever chances they get. Because if the Buckeyes starts fast, they'll run away with this one.

Prediction: Buckeyes win 38-20
Let's not overthink this one. Indiana is a bowl-caliber team once again, but Ohio State is simply the vastly superior team. IU might be able to hang around early since it's a home game, but I would be absolutely stunned if the Buckeyes didn't pull away by the third quarter. The Buckeyes pick up the season-opening win behind a strong game from J.T. Barrett and the defensive line.