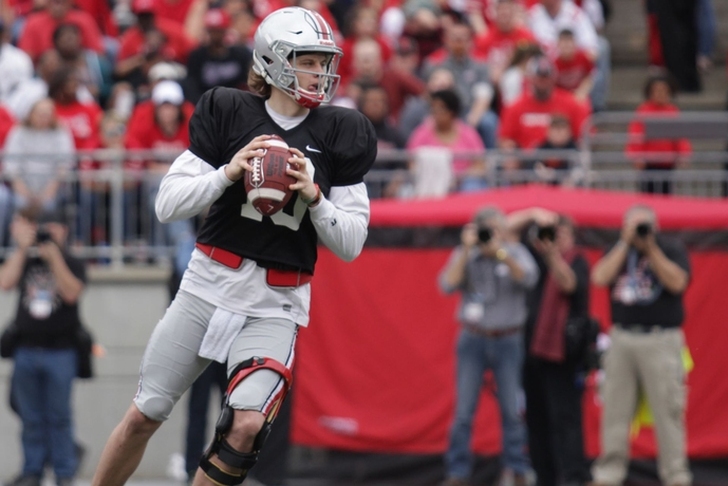 Ohio State Buckeyes quarterback Joe Burrow announced his plans to transfer from the school on Twitter.

After weeks of struggling with this decision, I have decided to leave Ohio State and explore other options. My teammates and coaches all know the love I feel for them. I will decide where I will play next year in the coming weeks.

Burrow, who served as a backup for J.T. Barrett for two years (along with a redshirt year), was competing for the starting job with Dwayne Haskins and Tate Martell this offseason. While many viewed that competition as close, the other two were favored to win the job over him.

Burrow graduated from Ohio State last weekend, making him eligible to play right away for a new school as a graduate transfer. He still has two years of eligibility remaining.

The 6-foot-3, 210-pounder was the No. 280 overall prospect in the 2015 recruiting class and picked the Buckeyes over Iowa State and West Virginia at the time.

He appeared in seven games in his career in almost exclusively mop-up duty, passing for 287 yards and two touchdowns while rushing for 63 yards and another score.