The 3 Best Destinations For Braxton Miller...If He Transfers 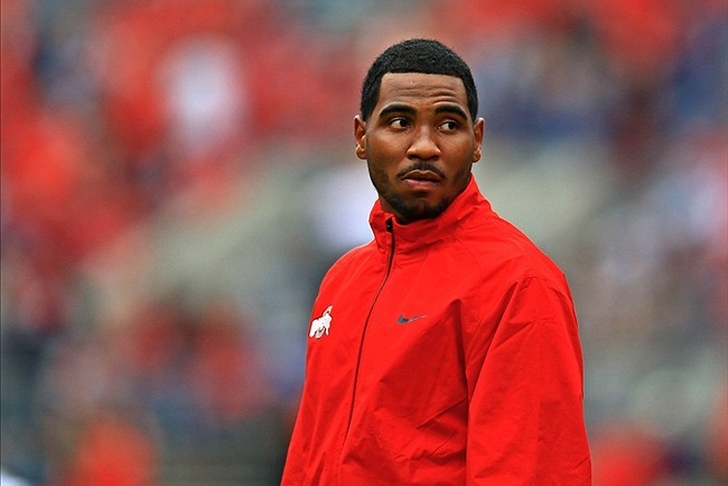 Ohio State Buckeyes QB Braxton Miller, winner of two Big 10 Offensive Player of the Year awards, injured his throwing shoulder last fall and was ruled out for the entire season. At first, it looked like he'd be able to walk back into the starting role at Ohio State, but then it turned out that both of his backups - first J.T. Barrett, then Cardale Jones - were both legitimate starters in their own right.

Since beating both of them out for next year's starting job is far from a sure thing (especially if his recovery happens on schedule - he reportedly won't be back to 100% until late in camp), transfer speculation has been swirling around Miller for some time.

While there's no guarantee that he'll transfer, it makes plenty of sense for both parties. Miller has his eyes on the NFL, and that becomes significantly harder if he spends next season backing up J.T. Barrett or Cardale Jones. As a graduate transfer, Miller could go to any D-1 FBS team in the country and play right away...so what are his best options, if he does decide to move on?

Blake Sims is gone, and Miller can instantly slot into Nick Saban's system without missing a beat. Another team NFL scouts watch closely, the Crimson Tide have a much, much more favorable schedule next season than they did in 2014. If Miller wants a destination where he's likely to start and likely to play in lots of nationally televised games, Alabama makes a lot of sense. The only possible downside here? In an open QB competition, 2014 backup QB Jacob Coker will give Miller a run for his money.

The Seminoles have a clear need at QB if Jameis Winston heads for the NFL, and Miller has a significant edge over the quarterbacks expected to be in contention for the FSU starting job next fall. According to local media down in Florida, there's already some mutual interest here, and it looks like FSU is the early favorite to land Miller...if he leaves.

Miller perfectly fits the mold that Chip Kelly (and now Mark Helfrich) have tried to fill with their QB recruits over the past decade, and with Mariota a lock to depart for the NFL, there's a definite need here. If he goes, Miller will have the opportunity to go virtually anywhere he wants, and Oregon is a perpetual contender that'll give him the chance to showcase his skills for NFL scouts.