UFC 260: Welcome to the Francis Ngannou era; Jon Jones, you're next 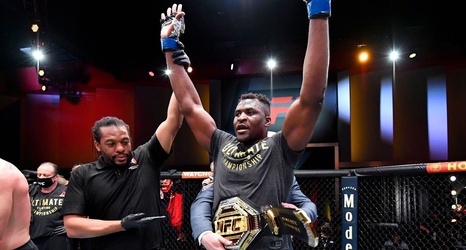 Francis Ngannou had just dropped UFC heavyweight champion Stipe Miocic with a jab and had him trapped against the cage. The big man swarmed, a finish seemingly within his grasp. But Miocic escaped with urgency and moved toward the center of the Octagon, where the champion made his stand.

Miocic let go with a straight right hand that stopped Ngannou in his tracks. But the pause lasted for only a single tick off the clock in Saturday's UFC 260 main event. Ngannou barely hesitated before stepping forward with a left hook that connected on the button.