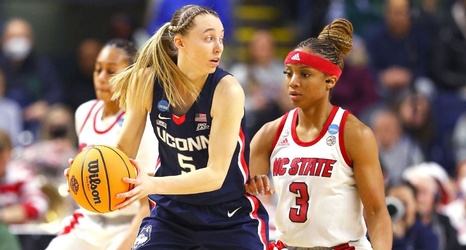 The Wolfpack, meanwhile, fell short of appearing in the program's first Final Four since 1998.

Sophomore Paige Bueckers, who missed 19 games earlier this season due to a knee injury, looked like her reigning national player of the year self with 27 points on 10-15 shooting from the field, while freshman Azzi Fudd added 19 and senior Christyn Williams finished with 21.