The plan for April? Recruiting 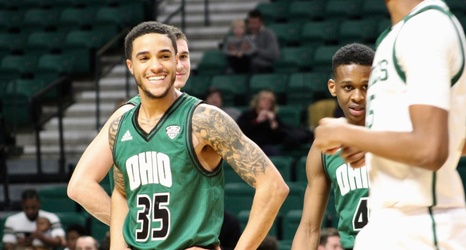 No, Jeff Boals didn’t the spend the weekend clad in Ohio University gear, meeting and greeting nearly everyone in the profession at the Final Four weekend in Minneapolis, Minnesota.

The Bobcats’ new men’s basketball coach had too much on his plate to afford a four-day trip to the Mecca of college basketball.

Instead, Boals said he expected to spend the weekend at his current residence — in New York.

“I’ve got a honey-do list, a house to sell. I want to see my kids,” Boals explained in an interview on Wednesday.

“People don’t realize when jobs change you got families to deal with, kids on the team to deal with.