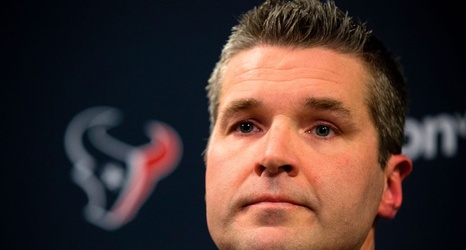 The Texans hired Gaine in January 2018 after former general manager Rick Smith took a leave of absence to help take care of his wife as she battled breast cancer. Gaine was signed to a five-year contract.

"After a thorough evaluation of our football operations, we have decided to relieve Brian Gaine of his duties as general manager," Texans CEO Cal McNair said in a statement.