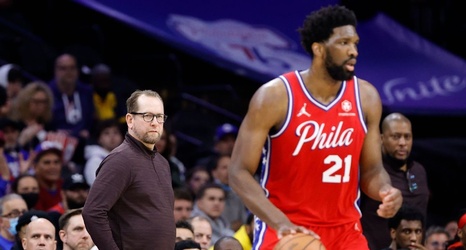 So, after Embiid finished with 31 points, 11 rebounds and went 12-for-14 from the free throw line -- taking more free throws than Toronto's entire team -- in helping the 76ers take a 2-0 series lead on Monday night, the All-Star big man had a brief conversation with Nurse on the sideline in front of Toronto's bench in the final seconds of Philadelphia's 112-97 victory.