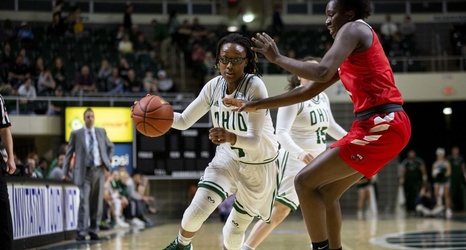 For the first time in history, an Ohio Bobcat basketball team reached 30 wins in a single season. The Ohio women’s team reached that exalted mark with a 68-60 victory over Western Kentucky Thursday evening in the third round of the Women’s National Invitation Tournament.

The eight-point margin of victory was the largest for the Bobcats in the WNIT, and Western Kentucky was the first tourney opponent to not extend a large lead that Ohio needed to overcome.

Ohio had an opportunity to take down the Lady Toppers early in this game at the Convocation Center in Athens.