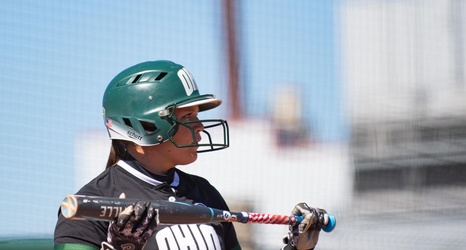 The Ohio softball team tumbled from first to fourth in the Mid-American Conference standings thanks to a rare feat during a weekend three-game series at Central Michigan.

Ohio dropped all three games to the Chippewas — 7-3 on Friday, then 6-3 and 7-4 in a Saturday doubleheader — in Mount Pleasant, Mich. The full three-game sweep was the first for the program since April of 2016, nearly three full years ago.

The setback, part of four losses in the last five games for Ohio, leaves the Bobcats (25-15, 6-5 MAC) looking up at a chunk of their conference rivals for the first time this season.