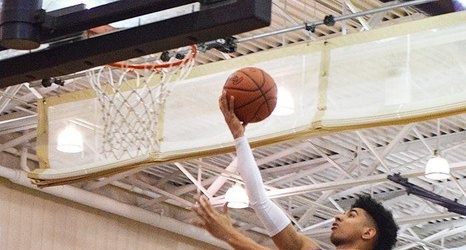 In this photo provided by Ohio Athletics, Ben Roderick goes for a layup while playing for his high-school team, Olentangy Liberty in the Columbus area. Roderick last week signed on as a highly touted recruit for the Ohio men’s basketball team.

When Ohio University chose Jeff Boals to take the reins of the Bobcat men’s basketball program last month, the hiring came with the promise that Boals would flex his recruiting muscles and bring top-level recruits to the Bobcats. Just weeks into the job, Boals has started fulfilling that promise.

Ohio announced on Friday that forwards Marvin Price and Ben Roderick have signed on with the program.