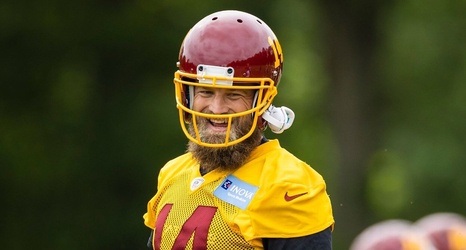 Ryan Fitzpatrick, the enigmatic quarterback out of Harvard who brought his "FitzMagic" to the NFL for nine teams spanning 17 seasons, announced his retirement Thursday, a source confirmed to ESPN.

He made the announcement in a text to his former teammates. NFL Network was first to report that Fitzpatrick was retiring.

Fitzpatrick, 39, suffered a season-ending hip subluxation in the second quarter of Washington's season-opening loss to the Los Angeles Chargers last September and had to undergo arthroscopic surgery.