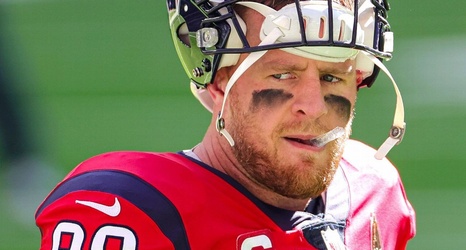 Watt made the announcement by sharing a photo on Twitter:

Watt, 31, was released by the Houston Texans, who granted his request, in February, ending his 10-year run with the franchise.

Watt was drafted by the Texans in 2011 with the No.