Cowart heads to the Portal; Bobcats could lose four to transfer 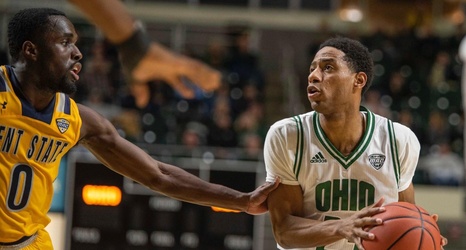 Jeff Boals said there was a clear priority when he was hired to lead the Ohio University men’s basketball team.

“We’re going to hit the ground running in recruiting,” Boals said back on March 18.

Boals and the Bobcats will be sprinting when the late signing period arrives in two weeks. Junior guard Antonio Cowart Jr. has submitted his name into the NCAA Transfer Portal, Ohio confirmed on Wednesday.

Cowart is the fourth Bobcat player to enter the transfer portal since Boals was announced as the new Ohio head coach on March 17. Sophomore forward Jason Carter — who has since announced his transfer to Xaviver — sophomore guard Teyvion Kirk and freshman guard Torey James have all previously been found in the NCAA database.