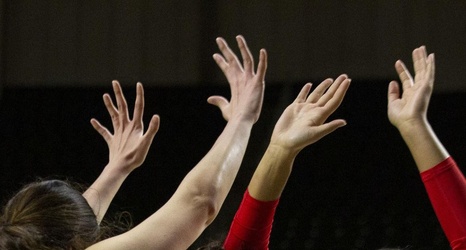 Bobcat forward Gabby Burris pushes past two hilltop defenders during the third round of the Women’s National Invitation Tournament Thursday night at the Convo. Ohio beat Western Kentucky 68-60. Two days later on Saturday evening, Northwestern knocked the Ohio women out of the WNIT, 61-58.

The Ohio University women's basketball team played a close game against Northwestern Saturday evening in the WNIT quarterfinals, but it wasn't enough to advance. The Bobcats lost 61-58 on the Wildcats' court.

"It was a well-played game and it was wonderful to be a part of such an experience," head coach Bob Boldon said in the post-game release issued by Ohio Athletics.