Raiders mailbag: What to do about Derek Carr? Some readers have ideas 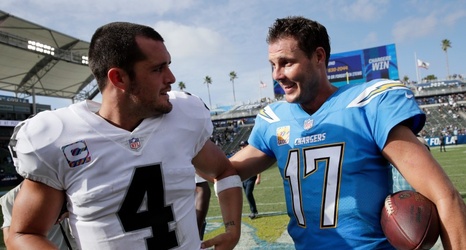 Rather than have a flood of “Dump Derek Carr” or “Keep Derek Carr” questions, this week’s mailbag posed the question of coming up with a replacement if you want him gone.

For the record, I think the most likely scenario is Carr stays and a young quarterback arrives in the draft with one of the five of the top 90 picks the Raiders have in the draft.

Some submissions on the Carr question below, plus a few other questions:

@paulinwaban: Tom Brady? He wants out here is word on the street.