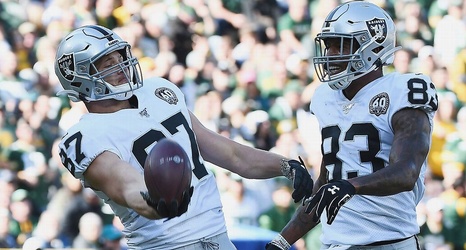 ALAMEDA, Calif. -- The call came in early in the second quarter Sunday at Green Bay but Darren Waller, the Oakland Raiders tight end for whom the pass play was designed, was not in the huddle.

With receivers Hunter Renfrow, Trevor Davis and Marcell Ateman lined up trips right and running back Josh Jacobs on quarterback Derek Carr's left hip in the shotgun, Derek Carrier was the tight end, lined up wide left and covered in man-to-man by Packers safety Will Redmond.