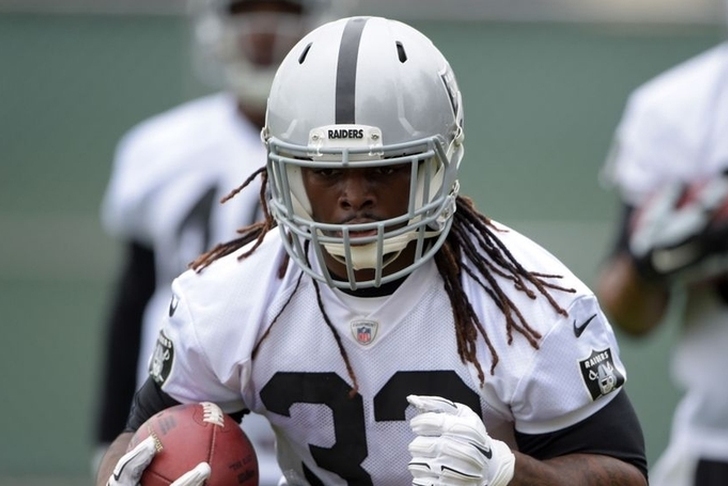 After battling off a particularly nasty bout of pneumonia, new Oakland Raiders running back Trent Richardson joined the team for training camp for the first time on Thursday.

“Trent is here, he came back very close to the weight, which was a pretty ambitious goal to get to and he’s down in the low 220s," Del Rio said of Richardson's commitment to slimming down this offseason. "That’s what we asked of him, that’s where he was as a player at ‘Bama.”

Richardson was fined multiple times with the Indianapolis Colts for weighing in at more than 227 pounds -- a stipulation that had been added into his contract with the team.

For Richardson, Thursday wasn't necessarily about showing off his slimmer frame. It was about finally getting a chance to showcase his abilities in training camp.

“It feels good,” Richardson said, per the San Francisco Chronicle. “It’s probably been the most eager I’ve been to go to practice for a long time. It’s been a long time coming for me. I haven’t been out there practicing.”