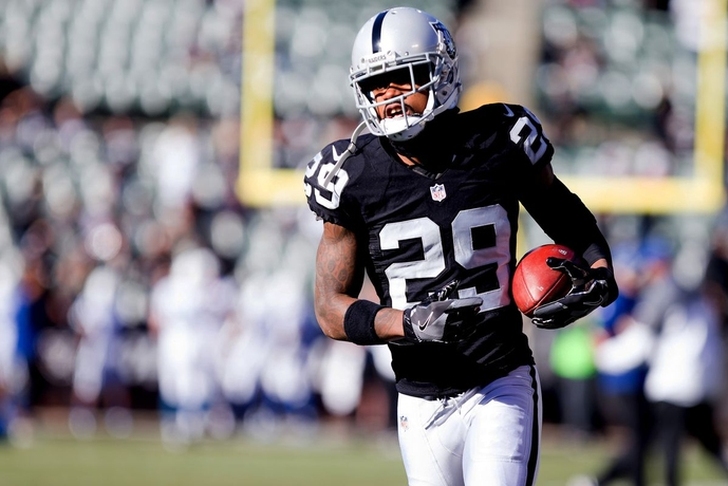 The Oakland Raiders finished 6-10 and after a frustrating year filled with rumors and drama, it's time to move onto 2018. Oakland has a lot of talent on the roster and now has a new highly respected head coach in Jon Gruden. RaiderNation hopes are high, but they still have some holes to fill to get back into the playoffs. Will the Raiders bring back current free agents or address their needs in the NFL draft? Here are the latest Raiders rumors you need to know:

After a solid 2015 season, Amerson earned a big contract from the Raiders, but since signing the contract has struggled. He missed time this past season with a few different injuries and couldn't perform to the level of expectation.

The Raiders cut Amerson a week ago after the 26-year-old recorded only 18 tackles and four passes defended in six games in 2017.

You May Also Like:  Raiders Rumors Roundup: Marshawn Lynch's Agent Goes Off On Twitter, Le'Veon Bell Latest, And More

Roquan Smith First Round Favorite For The Raiders
It's hard to project which NFL teams will draft certain players this time of the year. For the Raiders this is different as many experts seem to have an early consensus for Oakland's first-round pick, Georgia linebacker Roquan Smith.

ESPN's NFL Draft expert, Mel Kiper Jr. thinks Smith could be a potential replacement for linebacker NaVorro Bowman who is currently a free-agent. “Smith is the type of player new coach Jon Gruden loves,” wrote Kiper. "He’s physical. He can get sideline to sideline in a hurry. He’s a force in the middle.”

Smith is a little undersized in terms of a typical NFL linebacker, but makes up for it with his speed and quickness.  Gruden will fall in love with the toughness and energy that Smith will bring to Oakland. Smith joining linebacker Khalil Mack will be a nightmare for any offense for years to come.

RB John Kelly Mocked To Oakland
Running back Marshawn Lynch's relationship with Gruden is in question, and there have been many rumors circulating around Lynch's future with the team because of it. Ryan Lopes at Raiders Beat believes Oakland is targeting a running back in the middle of round four.

"Jon Gruden finds his “Charlie Garner” in the fourth round as the Raiders add my RB4," writes Lopes. "I don’t want to go too in-depth here, as I plan on putting John Kelly under the microscope as soon as possible. While I don’t think he’s the type of prospect that Alvin Kamara or even Kareem Hunt was, I do think that Kelly’s being glossed over quite a bit; largely pushed aside due to his size and build, bringing his three-down viability into question. For my money, outside of maybe LSU running back Derrius Guice, there isn’t a running back that plays more physical."