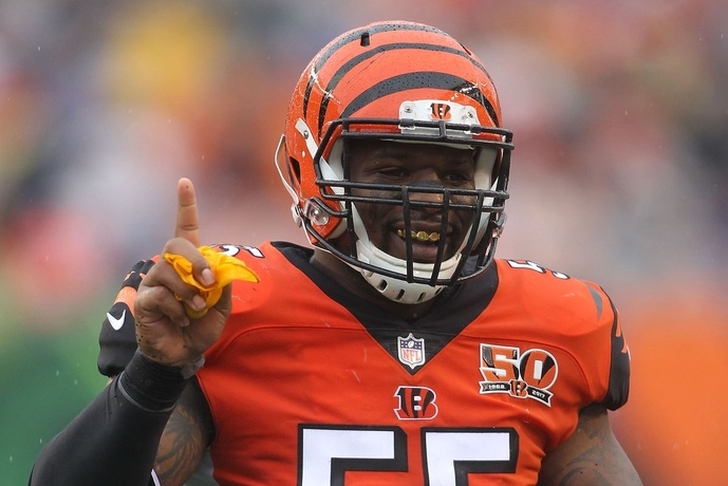 The Raiders rumors are churning with the 2018 Free Agency period starting at 4pm ET today. Who will the Oakland Raiders look to sign in free agency to improve from their 6-10 record last season?

According to Chris Renkel of CBS, the Raiders are trying to work out a trade for Cincinnati Bengals' LB Vontaze Burfict. The Raiders have a need at linebacker since NaVorro Bowman is a free agent.

The Bengals just signed Burfict to a 3 year $38 mill extension and coming off a season where he racked up 69 tackles, one forced fumble, and 1.5 sacks in 10 games. Burfict has a reputation around the league for being a dirty player who has a hard time staying out of trouble.  In his six-year NFL career, he has been fined over ten times.