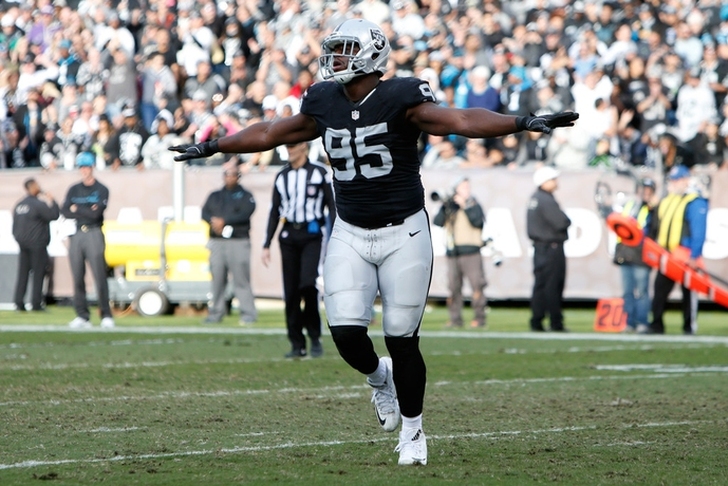 Oakland Raiders defensive end Jihad Ward underwent minor foot surgery recently, but is expected to be ready for the start of training camp, according to NFL Network's Ian Rapoport.

#Raiders DE Jihad Ward just had minor foot surgery, but sources say he'll be ready for camp by mid-August on a cautious timetable. No rush.

He hurt the foot during an OTA on June 6, and underwent surgery shortly thereafter. Kevin Boilard of 247sports posted this picture from Ward's Snapchat of Ward after surgery.

There hasn't been any official release on Ward or the diagnosis of the injury, but it isn't something that is expected to linger.

Ward, Oakland's second-round pick in last year's draft, had 30 tackles and one fumble recovery as a rookie last season.