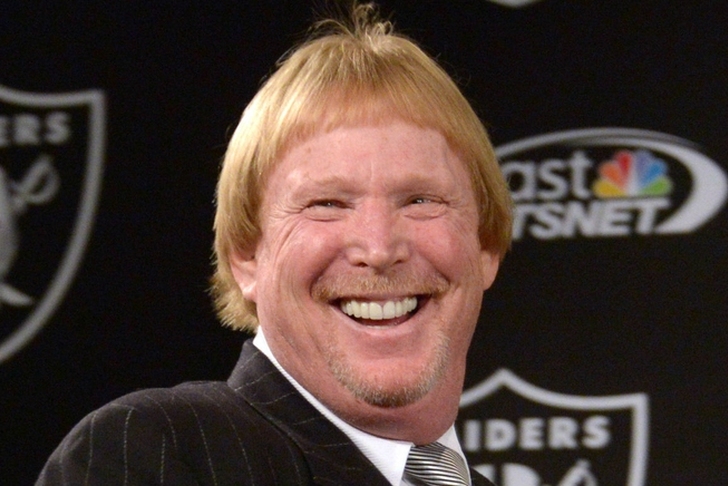 Oakland Raiders owner Mark Davis is meeting with Las Vegas Sands chairman and CEO Sheldon Anderson on Friday to scout locations around Vegas for a possible new home for the franchise.

"The Sands leadership team let us know that officials from the Oakland Raiders are scheduled to travel to Las Vegas and tour locations around the valley for a potential new home, and they have asked us to meet them at our 42-acre site on Friday morning to answer questions about that site," UNLV president Len Jessup wrote in a confidential memo leaked on Thursday and reported on by Nevada political correspondent Jon Ralston. More on this breaking story inside our Chat Sports Android and iPhone apps.

The Sands Corp. announced recently that it was back a public-private partnership for a 65,000-seat domed stadium on a 42-acre stretch of vacant land purchased by UNLV. If the NFL approves a Raiders move to Vegas (which would be an about-face, considering the NFL's public handwashing when it comes to legalized gambling on its game), the Raiders could very well get in on that partnership and share the stadium with the Rebels.

"We have a nice stadium now; the location is just a little further out," UNLV head coach Tony Sanchez to reporters. Sanchez grew up as a Raiders fan in the Bay Area. "To have something on campus, right in the heart of Las Vegas, would change the entire game-day atmosphere. We're right near the Strip. People can walk or take public transportation. It would be a great addition for the city."

As has been Raiders owner Mark Davis' M.O. during the team's current search for a permenent home, he declined to comment either way on the reported meeting. More reaction on Davis' Vegas meeting inside our Chat Sports iPhone and Android apps.

"In typical Raider fashion," Davis said with a laugh over the phone from the Bay Area, "I can neither confirm nor deny."

Jason Cole of Bleacher Report contends that the possibility of a Raiders move to Las Vegas is "very real," but the NFL has yet to tip its hand on whether or not they'd be willing to do business with the city with all of the added baggage such a move would entail.