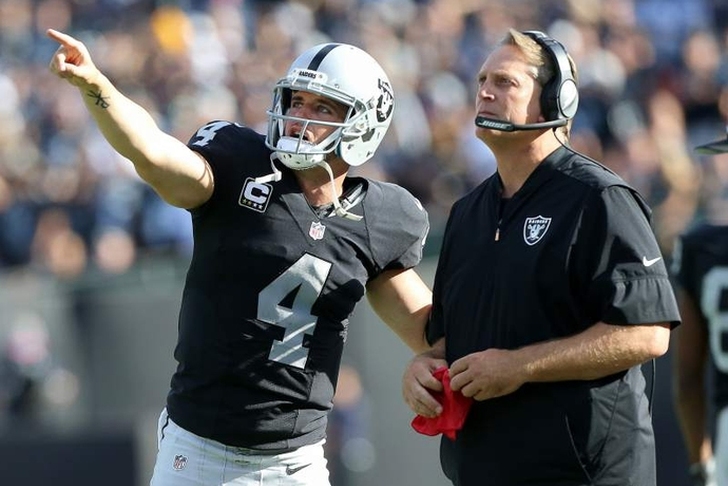 The Oakland Raiders have one of the best receiving duos in the league in Amari Cooper and Michael Crabtree, but lack weapons outside of those two.

However, they are not expected to give quarterback Derek Carr any more help in the draft - at least not until the final couple of rounds, according to Jimmy Durkin and Jerry McDonald of the Bay Area News Group:

The Raiders of the past two years have rolled out a wide receiver corps featuring two former top-10 picks flanked by a cast of undrafted free agents.

With a third first-round pick added to that room in free agent Cordarrelle Patterson (No. 29 overall in 2013) — joining Amari Cooper (No. 4 pick in 2015) and Michael Crabtree (No. 10 pick of the 49ers in 2009) — the odds are against them aiming for a pass catcher anywhere in at least the first five rounds of the draft. Their needs are simply greater elsewhere.

Both Cooper and Crabtree had over 1,000 receiving yards last season, but no one else on the roster recorded 400 yards.

Patterson set career highs last season with 52 catches for 453 yards and two touchdowns. He also returned one punt and one kickoff for touchdowns last season.