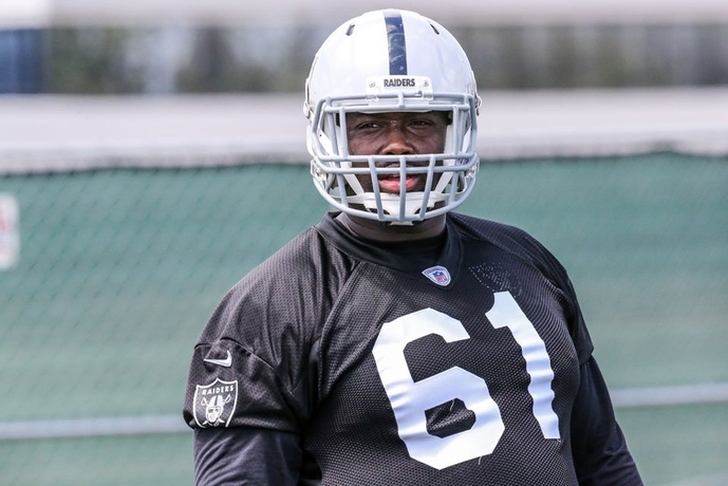 Center Rodney Hudson has played a pivotal role in the wide-scale evolution of the Oakland Raiders offense this year, but the team will likely have to face an elite Minnesota Vikings defense on Sunday without him.

Hudson was listed as doubtful to play against the Vikings on the team's final injury report of the week on Friday. He suffered an ankle sprain in the fourth quarter of the team's 38-35 loss to the Pittsburgh Steelers and hasn't practiced all week.

Tony Bergstrom served as Hudson's replacement after the injury and is slotted in as his projected replacement barring a miracle recovery over the next couple of days. Bergstrom has made just one NFL start since his rookie year back in 2012. However, the coaching staff reportedly has full confidence in him if Hudson can't answer the bell.

On a more positive note, both wide receiver Amari Cooper and running back Latavius Murray were upgraded from questionable to probable on Friday's report. Both were limited due to injury for most of the week but were able to practice fully on Friday.

Finally, keep an eye on the Raiders cut list this weekend. After promoting tight end Gabe Holmes to the 53-man roster on Friday, the team will need to make room for to-be-activated safety Nate Allen.