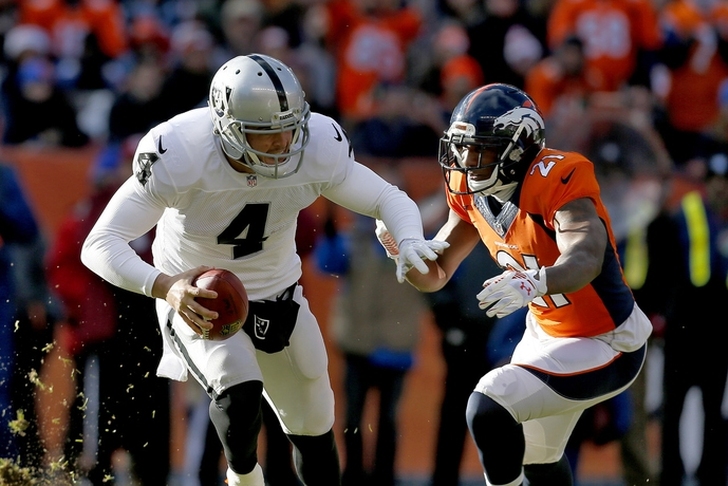 The Oakland Raiders will be without star quarterback Derek Carr 2-6 weeks after being sacked by Denver Broncos defensive lineman Adam Gotsis. As soon as he was sacked Carr reached for his back and was in obvious pain. Carr was able to walk off the field and into the locker room under his own power.

Derek Carr OUT 2-6 Weeks with Back Fracture. #RaiderNation

As you can see in this hit, when Carr was sacked not only did Gotsis fall on Carr, he also kneed him in the back.  Shortly after the sack, he was ruled questionable.

Derek Carr will miss 2-6 weeks with a transverse process fracture.

EJ Manuel will likely start at QB in Week 5.

Filling in for Carr is first-year Raider E.J. Manuel. Manuel stat line wasn't great but the Broncos defense at home is legit. He finished with 106 passing yards, zero touchdowns, and one interception. The Raiders really struggled without Carr last season and will miss at least two weeks now.