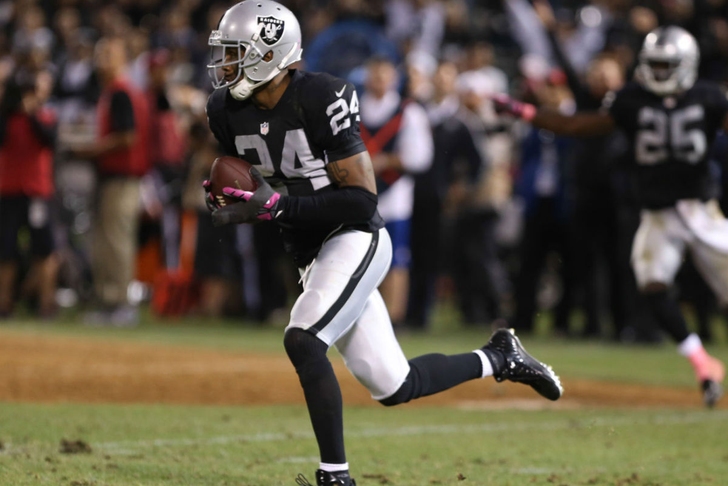 Raiders rumors have overseen a reconstruction on the defensive side of the ball over the past week. To go along with that, the Oakland Raiders will also retain one of the best defensive backs to ever play the game.

Per ESPN Bureau reporter Josina Anderson, the Oakland Raiders have agreed to terms with safety Charles Woodson on a one-year contract--

Source: Charles Woodson has agreed to terms on a 1-year deal with the Oakland Raiders.

The eight-time NFL Pro Bowler appeared in all sixteen games for the Oakland Raiders in 2013 and was a crucial factor both from a production and leadership standpoint for a Raiders organization in flux.

Terms of the contract have not yet been disclosed, but it would be pretty safe to assume that the three-time First-Team NFL All-Pro will be fairly compensated for an amazing return to form in 2013.

The former fourth overall NFL Draft pick of the Oakland Raiders back in 1998 posted 75 tackles in 2013, good for the second-best total of his sixteen year career. He also added two sacks, one interception, and three forced fumbles.