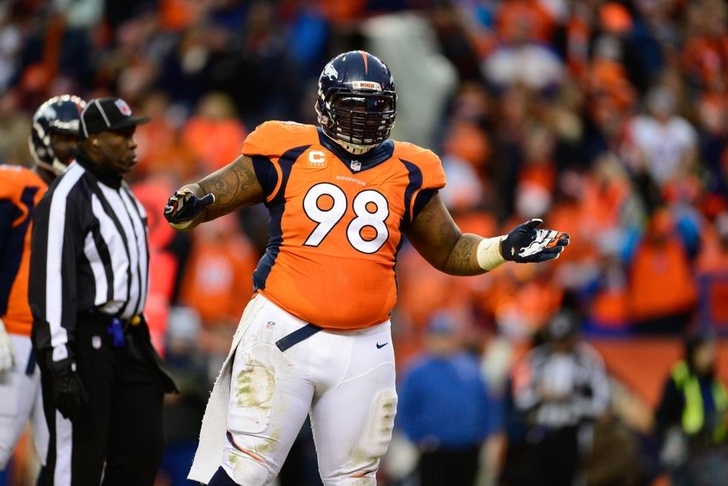 The Oakland Raiders had a disappointing season, but showed signs of promise at the end of the year after an 0-10 start. This young team seems to be headed in the right direction, and the front office is looking to add the pieces necessary to get Oakland back to the postseason. Here are the top free agents they've targeted to make that happen: Knighton has become one of the most dominant run-stoppers in the league, and his ability to take on multiple blockers would free Mack up to make more plays. Oakland should have the inside track to sign him because of his relationship with new head coach Jack Del Rio, who he followed from Jacksonville to Denver.

Hawk won’t be a star for the Raiders, but he’ll be a nice complementary piece and an upgrade to their linebacking core. He finished the season with 90 tackles with Green Bay last season, but was cut to free up cap space. The biggest knock on Hawk is his lack of versatility – he only has one interception in the last four seasons – but his toughness and run-stopping ability would make him valuable in Oakland.

Gresham was demoted to a backup role in Cincinnati this past season with the emergence of second-year tight end Tyler Eifert, and is looking for a starting job somewhere. Oakland is looking for a big target to help quarterback David Carr, and Gresham is one of the best all-around tight ends available. He would bring veteran experience to the Raiders and is a good red zone target at 6’5″ and 260 pounds.