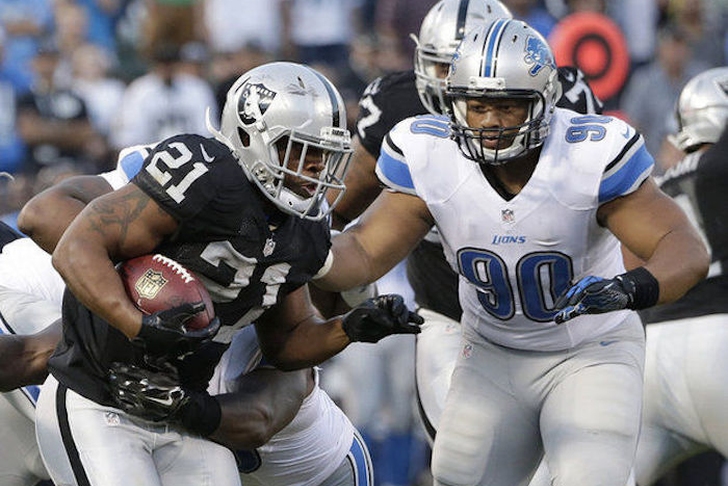 The Oakland Raiders are in play to land star defensive tackle Ndamukong Suh in free agency.

The Detroit Lions have said they would like to re-sign Suh, but probably won't be able to match the massive contract he's expecting. Raiders DE Justin Tuck, on the other hand, says Suh is worth as much as $100 million, and Oakland should be willing to give him that money, according to the Detroit Free Press.

“(He’s) Raider-ish. And that’s one of the reasons why I know Raider Nation would applaud that move, beyond the fact that he’s an awesome football player.  He kind of fits the mold of the toughness and the ferocious player that built the Oakland Raiders."

Tuck, who was on radio row pitching sandwiches as one of Subway’s famous fans, said Suh is worth the $100-million contract that many have speculated he’ll receive this off-season.