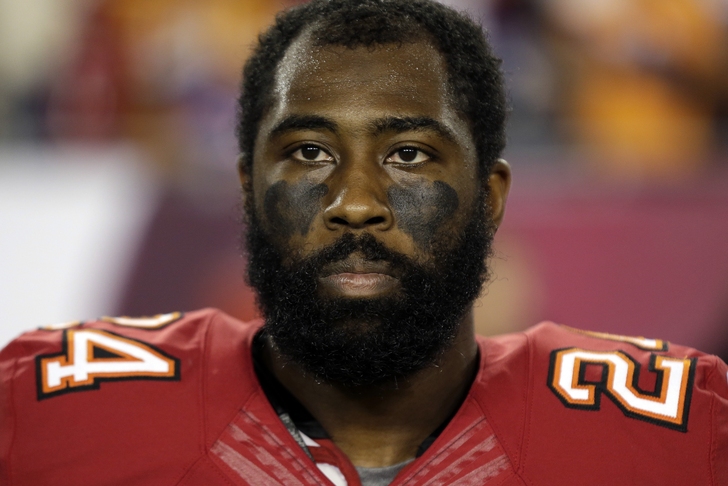 The entire free agent market is subject to Raiders rumors right now, and there will now be a new top defensive free agent lurking in the market for the Raiders to possibly make a play at.

Yesterday, sources were indicating that the Oakland Raiders would be out on any potential trade talks for Darrelle Revis--perhaps being unwilling to commit $16 million in cap space each year for the next five years to the five-time NFL Pro Bowler.

However, it is now fully conceivable that Darrelle Revis' price will go down on the open market, leading analysts to wonder if the Oakland Raiders' huge backlog of cap space could be enough to lure the three-time First-Team NFL All-Pro to Oakland.

The other teams whose names have been tied to Revis as potential landing spots are the New York Jets and their AFC East rival, the New England Patriots.

Darrelle Revis was released after year one of a 6-year, $96 million deal with the Tampa Bay Buccaneers. He made the Pro Bowl in 2013, amassing 43 tackles, two interceptions, two forced fumbles, and a sack.

Get the latest in Raiders rumors here at Chat Sports. Follow our Raiders team page today.