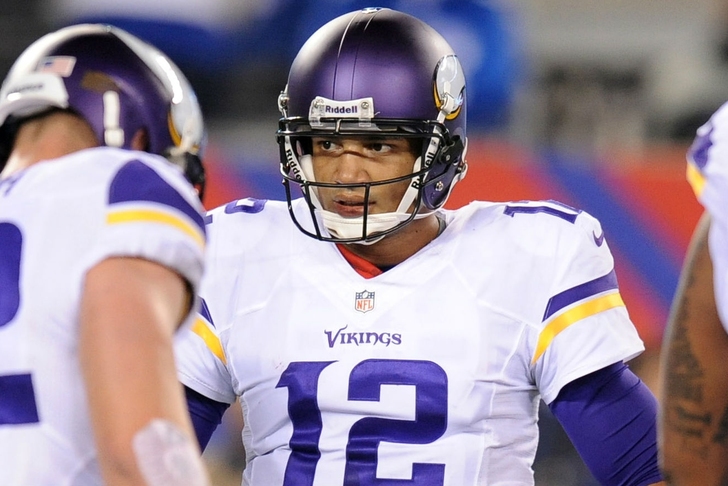 The one glaring question that the Raiders rumors cycle hasn't addressed as of yet this offseason is who will be starting at quarterback come Week 1 of the 2014 NFL season.

In order to get help to properly answer said question, the Oakland Raiders' coaching staff will be looking to two of their recent free agent signing for advice.

Just like #Raiders coaches are asking former teammate Antonio Smith about Matt Schaub, they will have questions for Penn on FA Josh Freeman

While this is relatively standard procedure for teams when approaching both high-profile free agents and the high-profile nature of the starting quarterback position, it is at least safe to assume that both Matt Schaub and Josh Freeman are currently under discussion amongst members of Oakland Raiders management as viable options.

Battling concussion issues, along with claims of both attitude problems and attendance issues in regard to team meetings and practices, the 26-year-old Freeman took a pronounced step back from his 4,000-yard plus breakout season in 2012.

The potential Oakland Raiders target appeared and started in just four games between the Tampa Bay Buccaneers and Minnesota Vikings in 2013--completing just 42.9% of his passes for 761 yards, two touchdowns and four interceptions. He also had two fumbles.

Get to Raiders rumors before they become yesterday's news. Follow our Raiders team page today.