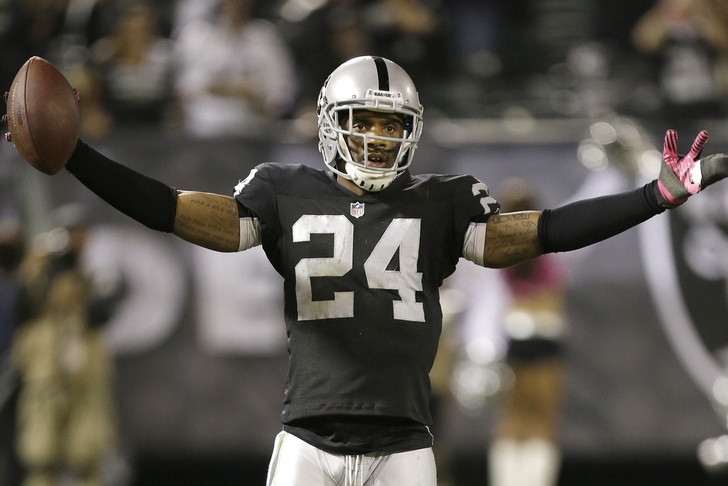 The world of Raiders rumors is currently fixated on how the Oakland Raiders will spend their $63 million in cap space for the upcoming 2014 season.

However, there is another rumor floating around that one of the greatest active defensive players in the NFL could be hanging it up if the Raiders don't offer him the right contract.

Oakland Raiders free agent safety Charles Woodson spoke with Sirius XM NFL radio today, intimating that he may retire if the numbers don't add up--"If the right numbers don’t come across, for myself and from the team’s standpoint, then it is a serious consideration at this point that I could have played my last season in the NFL."

Woodson went on to add some optimism to the equation, stating, "I do plan on playing another year. Hopefully something can get done with the Raiders but if not then I’ve got to take a real hard look at this last year being the last one.”

Woodson will turn 38-years-old next season.

Get the latest Raiders rumors as soon as they hit the web. Follow our Raiders team page today.