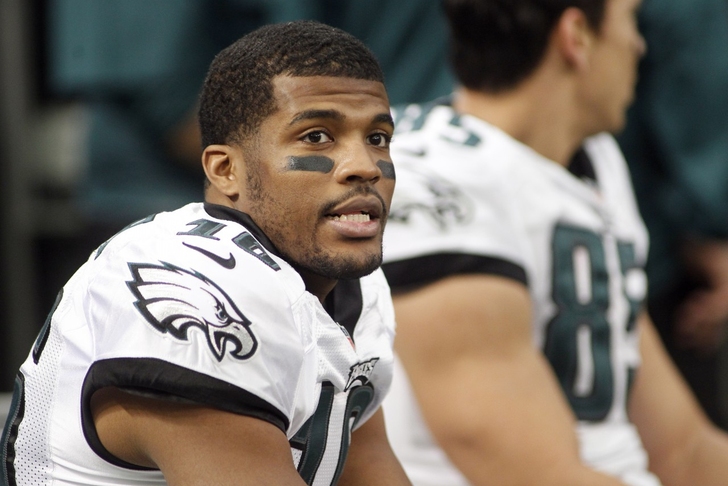 #DJaxToOakland has turned the world of Raiders rumors on its head, with thousands and thousands of tweets aimed at getting recently-released former Philadelphia Eagles wide receiver DeSean Jackson into the Silver and Black as soon as possible.

However, it may be the Oakland Raiders' financial situation which ends up swinging the competition of Jackson's services heavily in the Raiders' favor.

The Raiders are $18.3 million under their adj. cap number. Can easily fit DeSean Jackson if they’re willing to spend the cash.

The Oakland Raiders started the 2014 NFL free agency period with over $66 million in cap space, and have been extremely busy in both the trade and free agent markets in hopes of turning around over a decade of frustration.

Adding DeSean Jackson would give recently acquired quarterback Matt Schaub a legitimate #1 target to work with. Mixed in with former Green Bay Packers receiver James Jones and incumbent receivers Rod Streater and Denarius Moore, Oakland Raiders general manager Reggie McKenzie could find the final piece in Jackson in assembling a threat-laden receiving corps that can compete in the AFC West -- widely regarded as one of the toughest divisions in all of the NFL.

The six-year NFL pro's 1,331 receiving yards in 2013 were a career-high, and marked the third time in the 27-year-old wideout's career that he has broken the 1,000 receiving yard barrier.

Jackson is currently scheduled to meet with the Washington Redskins first on Monday, but expect a protracted process as Jackson and his representatives search for the right fit.

Get Raiders rumors right from the source. Follow our Raiders team page.