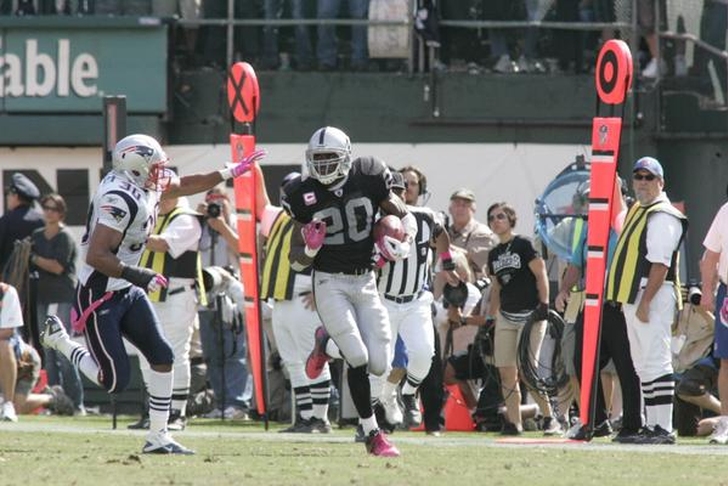 The Raiders lost to the Patriots in Foxborough, but it was much closer than anyone saw coming - here are five things we learned from New England's 16-9 victory.

5. Derek Carr Is Still The Future

The late interception wasn't his fault, and Carr has shown remarkable poise for a rookie. While he isn't putting points on the board and driving at will, Carr has looked sharp mechanically and is making very few mistakes. He isn't a guaranteed franchise quarterback, but he has more potential than any other Raiders QB in recent years.

4. The Patriots Won't Be Happy With This One

Bill Belichick is never satisfied unless everything works flawlessly, and there were plenty of flaws in this win. New England's offense couldn't make inroads against a Raiders defense that got torn apart by the Texans last week, and they relied on a late turnover to ice a game that most fans expected would be over by halftime.

The Raiders defense played much better this week, and they put their team in a position to win the game. As much as they've been torched in the media recently, the Raiders' D played well today.

2. Tom Brady Got His Weapons Back

Julian Edelman and Rob Gronkowski are both back and (mostly) healthy, and Tom Brady leaned heavily on them today. If the Patriots are going to step it up on offense, though, he'll need more targets to emerge.

1. Both These Teams Are Stuck In Neutral

Oakland is 0-3 and considering a coaching change. The Patriots are an underwhelming 2-1, and still looking worse than the sum of their parts. This is exactly where each team was at this point last year, and neither fanbase will be thrilled with how things stand so far in 2014.